Dialogue and Paragraph Breaks: Whose Line Is It? 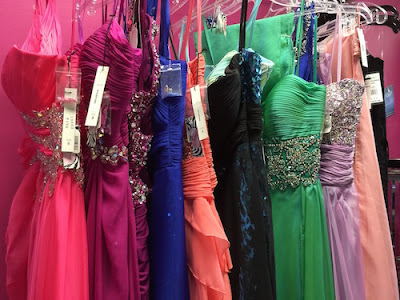 The goal, as always, is to avoid confusing your readers. They should never be in doubt as to who’s talking.

Standing side by side, Julie and her mother stared into the mirror. “I liked the pink one better,” said her mother. “It brought out the green in your skin.”

This paragraph opens with two characters. The speech tag (“said her mother”) makes it clear which of them is speaking. You don’t need to start a new paragraph for the mother’s dialogue, but you could if you wanted to—for example, if you felt the scene needed a pause there.

Standing side by side, Julie and her mother stared into the mirror.
“I liked the pink one better,” said her mother. “It brought out the green in your skin.”


However, you do need a paragraph break when it’s Julie’s turn, even if she’s reacting to her mother’s dialogue.


“I liked the pink one better,” said her mother. “It brought out the green in your skin.” Julie rolled her compound eyes.
“I’m not wearing pink. That’s so cliché.”


“I liked the pink one better,” said her mother. “It brought out the green in your skin.”
Julie rolled her compound eyes. “I’m not wearing pink. That’s so cliché.”


Whether a character’s action appears before or after their dialogue, both dialogue and action should stay on the same line.

Her mother sighed. “I just don’t know about this one.”
“What’s wrong with it?” Julie spread her front arms.


If you follow this rule, the speaker will be obvious even when there’s no speech tag. Dialogue without speech tags or actions reads quickly, making it effective for rapid-fire exchanges.

“What’s wrong with it?” Julie spread her front arms.
“Well, it’s a little tight through the thorax, honey.”
“It’s supposed to be that way!”


Of course, there is always room for exceptions. A second character’s reaction might not need its own paragraph if it’s short and, most importantly, doesn’t obscure who’s speaking.

“How about this one?” Her mother held up something ankle length with ruffles. Julie chittered in dismay.
“Fine!” said her mother. “I’ll stop trying to help!”


If you’re writing a very close point of view, for example first person, you might decide to follow another character’s dialogue with your point-of-view character’s reaction. (You can read more about point of view in How to Write Characters’ Thoughts.) But again, be careful not to confuse your reader, and use speech tags where necessary.

“I thought you liked pink!” she said. I swear she still thinks I’m twelve.
“Pastels are for sorority girls named Miffy,” I said. 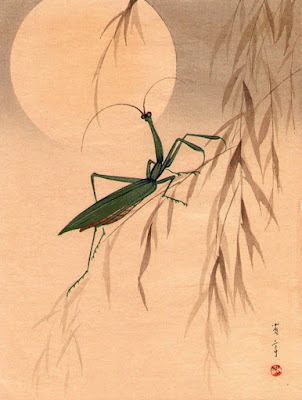 If you want to show more than one person speaking simultaneously, you can put their dialogue on the same line.

The sales assistant scampered towards them on sticklike legs. “Can I help you find something? What style were you thinking of?”
“Sexy.” “Tasteful.”
“I’m sure we can find just the thing.”


But if you're trying to show characters interrupting each other, then use em dashes to show where the dialogue is broken. (Read more about em dashes in How to Use Dashes.)

“Okay, okay, whatever you want,” said her mother, clicking her mandibles placatingly. “It’s your big night. Listen, honey, if you and Jeremy decide to have sex—”
“Mom!” Julie quickly rotated her head, checking to make sure nobody had heard.
“—promise me you’ll be safe. It’s very easy to get carried away in the moment, but you must under no circumstances bite his head off.”
“I know! God, Mom. They covered that in Sex Ed, okay?”


Like all punctuation, the paragraph break is a tool—for clarity, of course, but also for pacing. A new paragraph can create a pause in the conversation. Either of the following is correct; it all depends on the writer’s intention.

“All right, I trust you. You’re a good girl.” She looked away, her antennae quivering. “You’re just growing up so fast!”

“All right, I trust you. You’re a good girl.”
She looked away, her antennae quivering. “You’re just growing up so fast!”


Occasionally, the action will move from one character to another within the same sentence. Start the second character’s dialogue on a new line to avoid confusion, even if their action closed out the previous paragraph.

“Moooom,” said Julie, as her mother pulled her into a many-limbed hug.
“I’m so proud of you, sweetie!”
“I know.” 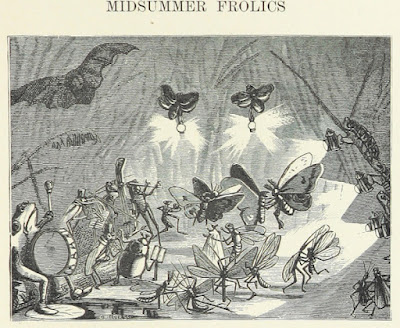 Do you have to start a new paragraph for each character’s dialogue? No. There are plenty of stylistic reasons an author might choose to ignore all of the above. But if you decide to go off the beaten path, make sure your readers will follow. The more often they have to stop to figure out your story, the more likely they are to stop reading it altogether.

Do you enjoy reading about giant insects shopping for prom dresses? Is there something wrong with you? Either way, support me on Patreon to keep posts like this one coming.
Posted by Grammarlandia at 12:34