Writers often confuse e.g. and i.e. The first means “for example” and the second means “that is.” 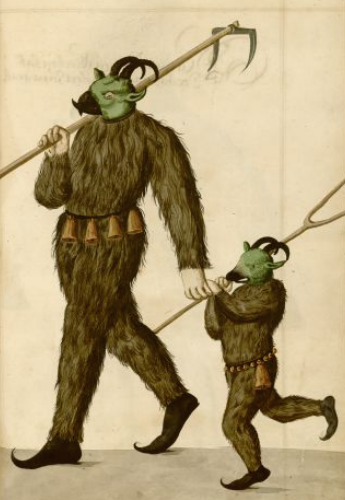 Both e.g. and i.e. are abbreviations of Latin phrases: exempli gratia (for the sake of example) and id est (that is). As you can see in the examples above, they should be surrounded by commas. But before you ask yourself if you’re using them correctly, ask yourself whether you need to use them at all. The Chicago Manual of Style argues that e.g. and i.e. should be avoided in formal writing (except in parentheses or notes, where brevity is a plus).

A Latin phrase can be a handy substitute for the unwieldy English equivalent—sine qua non, for example, means “the thing without which nothing would be possible” (see below). But sometimes they’re just used to boost snob cred, or to prove in-group status by showing off one’s mastery of, say, legal jargon. Is your use of Latin expressive or just confusing? Consider your readers before you decide to send them, grumbling, to Google.


Why do some Latin phrases appear in italics while others don’t? Italics are traditionally used for words in a foreign language, but English has a habit of adopting foreign words as its own (thus its dog’s breakfast of spelling rules). Once, cappuccinos were exotic and only cowboys called people amigo. Now both words are so widely used in English they’re considered part of our language, like emoji, pizza, and eau de cologne.* You can trace this progression in dictionaries: when first introduced, a foreign word is usually italicized, but as its use spreads, the italics disappear. So if you want to know whether to italicize a Latin phrase, check a dictionary (caveat: they may not all agree).

*In this blog I use italics for words qua words, to show I’m talking about the word per se and not what it represents. That doesn’t mean these words should be italicized under normal circumstances. My examples and the entries below use italics only per the Canadian Oxford Dictionary. 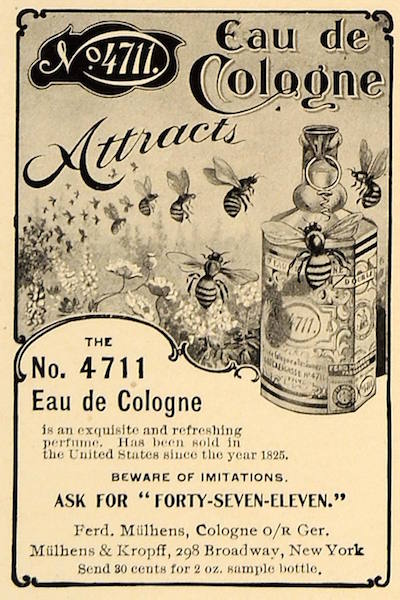 
etc. (et cetera): “and others of the same kind.” Usually appears at the end of a list. Don’t use it after only one or two items (you wouldn’t write the fish, and so on), and don’t use it with for example or such as (see Chicago 5.250). In the past commas were always placed both before and after etc., but Chicago has recently relaxed its stance and approved dropping the second comma: The colours red, orange, yellow, green, etc. make up the rainbow.

et al. (et alia): “and the rest.” Mostly used in bibliographies. When you’re citing an article with twelve authors, it’s handy to be able to write Kernecki et al. Note that only al. (short for alia) has a period.

QED (quod erat demonstrandum): “which was to be demonstrated.” Traditionally placed at the end of a mathematical or logical proof. Commonly used to say I’ve just proven my point.

viz. (videre licet): “it is permitted to see.” Like that is or namely, viz. introduces a gloss or explanation. Beware the hazards of kingship, viz. monkey assassins. 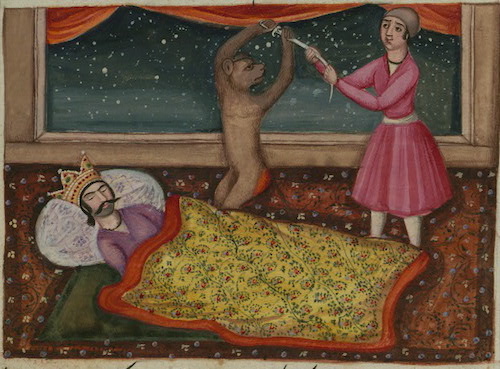 
a priori: “from what is before.” Describes a deduction based on theory rather than experience; presumed: a priori assumptions about gender.

ad hoc: “to this.” For a particular purpose: an ad hoc committee.

ad hominem: “to the person.” An ad hominem attack criticizes someone as a person rather than engaging with their arguments.

ad nauseam: “to nausea.” Until you’re sick of it. They discussed hockey ad nauseam.

bona fide: “with good faith.” Genuine; real. In Canada and the US, pronounced “bone-uh fied,” “bone-uh fie-dee,” or “bon-uh fied.”

caveat: “let a person beware.” Used as a warning or proviso.

de facto: “of fact.” In reality, as opposed to the official version. So great was his influence over the tsar, some called Rasputin the de facto ruler of Russia.

deus ex machina: “god from the machinery.” In Greek plays, the plot was sometimes resolved by having a god appear suspended from a crane and wrap everything up by divine intervention. The expression is used for any twist that seems to come from nowhere to resolve the central problem, maybe too neatly. The episode’s deus ex machina, a future version of the Doctor, came and rescued them all from the time loop. Pronounced “day-us ex ma-kin-uh.” 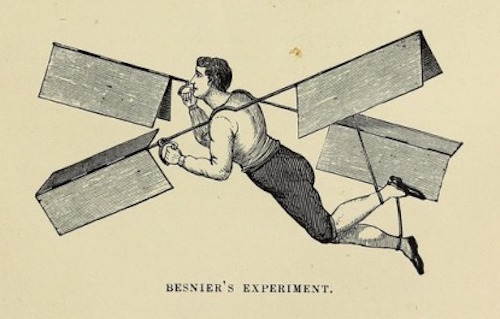 et tu?: “and you?” This is from Caesar’s supposed last words just after he’d been stabbed by a bunch of senators, including his bro Brutus: “Et tu, Brute?” (“You too, Brutus?”) Today it’s an expression of betrayal—the ultimate guilt trip—usually said jokingly. Pronounced “et too Broo-teh” (this isn’t French; there are no silent letters).

ex post facto: from ex postfacto, “in the light of subsequent events.” Retroactively.

extempore: from ex tempore, “out of the time.” Without preparation; off the cuff. She treated her fellow drivers to an extempore performance of “I Will Always Love You.” Pronounced “ex-temp-o-ree.”

habeas corpus: “you shall have the body [in court].” Generally speaking, the legal principle that a person who’s been imprisoned has the right to be brought before the court to hear the charges and to defend themselves. Has nothing to do with corpses.

in camera: “in the chamber.” In private or in secret. The negotiations took place in camera.

in flagrante delicto: “in blazing crime.” Caught in the act of wrongdoing, usually sexual misconduct. The PE teacher and the janitor were caught in flagrante by the soccer team. Pronounced “in fluh-gran-tee di-lick-toe.”

in medias res: “in the midst of things.” Describes a story that begins in the middle of the action. Tarantino’s Reservoir Dogs opens in medias res, just after a robbery gone wrong. Pronounced “in me-dee-us rays.”

in situ: “in the place.” In the original or appropriate place. The archaeological remains were cleaned and examined in situ.

in vitro: “in glass.” Specifically, in test tube, as in in vitro fertilization.

inter alia: “among other things.” The accused was charged with, inter alia, trespassing.

mea culpa: “by my fault.” Usually an acknowledgement (like my bad) but also a noun: The supervillain’s public mea culpas were not enough. Brought to us, unsurprisingly, by Catholic confessional prayer. Pronounced “may-uh cool-puh” or “me-uh cull-puh.”

non compos mentis: “not having control of one’s mind.” Not of sound mind. Usually appears in a legal context, e.g., when questioning the validity of a will.

non sequitur: “it does not follow.” Something that has nothing to do with what came before. In the middle of our conversation he threw in a total non sequitur about sloths.

per (or as per): “through.” In accordance with. I hid the package per your instructions. Per can also mean “for each,” as in per annum (for each year) and per capita (for each head [i.e., person]).

per se: “by itself.” The thing itself and no more. Pronounced “per say.”

pro forma: “for form.” As a formality or for the sake of appearances, as in a pro forma review or he attended pro forma.

qua: “in the capacity of.” As. She had a beautiful voice, but Medusa qua opera singer left audiences cold.

quid pro quo: “something for something.” A favour in exchange for a favour.

sine qua non: “without which not.” Something essential. A memorable title is the sine qua non of podcasting. Pronounced “sin-ay kwah non.”

sub rosa: “under the rose.” In secrecy. Roses have been a symbol of secrecy since ancient Greece, and they’ve been carved into dining-room ceilings to reinforce the confidentiality of discussions at the table below. For more details, see the Merriam-Webster entry “Sub Rosa and Secrecy.”

vice versa: “the position being reversed.” The other way around. The first word can be pronounced either “vice” or “vice-uh.”


Finally, a word that’s pronounced like Latin, but isn’t: forte. Used in English to mean “a thing at which one excels,” forte is derived from the French fort, meaning “strong.” Going by French pronunciation, forte should rhyme with port, but most Canadians and Americans pronounce it “for-tay.” According to Merriam-Webster, this is because of the musical meaning of forte (loud), which came to English from Italian—in which it also means “strong”—and influenced our pronunciation of the French-derived word. In any case, the “for-tay” pronunciation is deeply entrenched, so there’s no point worrying about it now. 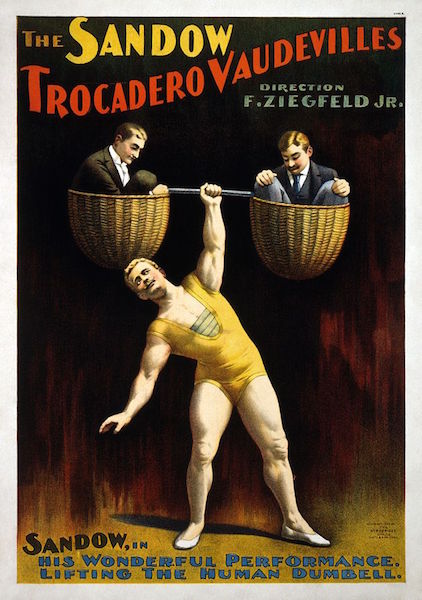